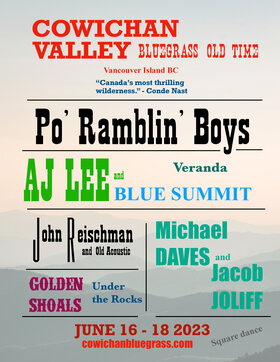 One of the most influential mandolinists of his generation, John Reischman has been renowned as a performer, band leader, composer and music educator since emerging with the Tony Rice Unit as part of California's "new acoustic scene in the 1980s. more info
Submit info on this show to our admins