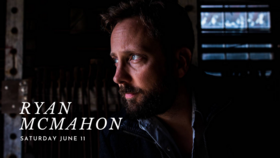 Music: Country / Bluegrass / Rockabilly, Folk / Celtic / Latin / World, Pop / Rock / Indie Agricultural / Culinary: Culinary Event
Join us for Part One of our Concert Series for a backyard BBQ and live music at the vineyard, featuring a performance by Ryan McMahon: folk rock singer-songwriter from Ladysmith, and winner of three Vancouver Island Music Awards for Album, Male Artist and Male Vocalist of the Year. His award-winning music has also been featured on Californication!

$30+tax for a General Admission ticket, with food and wine available for purchase.

Ryan McMahon grew up in Ladysmith, Vancouver Island, British Columbia, Canada, where he began playing in local bars on Vancouver Island at the age of 17, under the moniker “Citizen Strange.” There, he befriended several pro-moters that allowed him opening sup-port slots for bands coming through town such as Nickelback and Wide Mouth Mason, ... more info
Submit info on this show to our admins