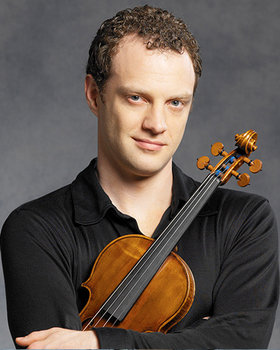 Vancouver’s own violinist Jasper Wood will warm your hearts and spirits with this enticing programme featuring the music to the film, The Red Violin by John Corigliano. He will also be presenting some concerto movements by Antonio Vivaldi (known as The Red Priest) as well as the energetic and engaging Road Movies by John Adams.

Canadian violinist Jasper Wood has established a flourishing reputation as a soloist through his frequent performances with many of North America’s finest orchestras, in cities such as Toronto, Montreal, Winnipeg, Buffalo, and throughout Europe.  He has performed under the batons of Gregory Novak, George Cleve, Georg Tintner, Bramwell Tovey, and Miguel Harth-Bedoya. He has also  toured extensively throughout the East Coast, including appearances with Debut Atlantic, Prairie Debut, and throughout Quebec under the auspices of Jeunesses Musicales Canada.

Jasper has also garnered acclaim for his dazzling performances as a recitalist and chamber musician which have taken him to major cities worldwide.  He has performed at important venues such as Dame Myra Hess (Chicago), Carnegie Weill Recital Hall (New York) and the Toronto Centre for the Performing Arts.  Jasper, originally from Moncton, New Brunswick, is equally committed to performing in Canada’s smaller communities, such as the Northwest Territories and other parts of northern Canada.