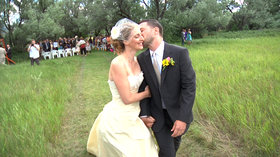 Film:
Event Details
Join our community of big-hearted folks for a movie meetup. This is our chance to watch an acclaimed documentary and have some good solid conversation about the film and the issues that matter. Meet new people and see familiar faces twice a month.


This week, we're watching 112 WEDDINGS, a hilarious doc about a wedding videographer who follows up with his clients years later to ask, "So... happily ever after?"


Bring your reusable cup for tea. Popcorn will be served. Doors at 7:30pm, film starts at 8pm. Stick around for conversation after.

About the Film
In a post happily-ever-after world, finally a film that gets intimate with couples years after saying "I do." The film by acclaimed documentary filmmaker Doug Block, who for 20 years has shot weddings to supplement his income, follows up with nine of his 112 past clients years after their big day, having long wondered what's become of their marriages. Juxtaposing rapturous wedding day flashbacks with remarkably candid present-day interviews, 112 Weddings interweaves real-life love stories to reveal a bigger picture view of love and long-term relationships. The resounding theme: relationships are effing hard. As the director’s rabbi friend says, "The wedding is the easiest day to make happy. You’ve just thrown a ton of money and liquor at it. Marriage is harder. When you throw money and liquor at it, it makes it worse." You'll laugh, you'll cry, you'll nod knowingly at the screen. Enjoy the catharsis.


Available in Canada only