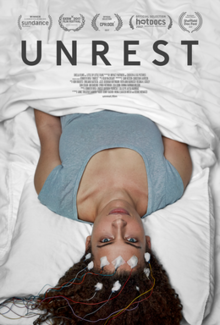 Film:
Join our community of big-hearted, socially and environmentally activated folks for a movie meetup. This is our chance to watch an acclaimed documentary and have some good solid conversation about the film and the issues that matter. Meet new people and see familiar faces every first and third Friday of the month. This week, we'll screen the arresting doc UNREST, which tells the personal story of a woman who - like so many women - wasn't believed when she said she was sick, so she took to the internet and discovered millions of others suffering from the same mysterious chronic disease. Bring your reusable cup for tea. Popcorn will be served. Doors at 6:30pm, film starts at 7pm. Stick around for conversation after.