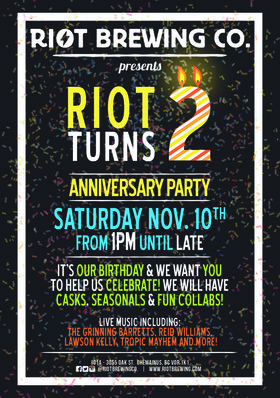 Help us celebrate our second birthday on Saturday November 10th from 1pm to late!
Casks, Old Seasonals and Fun Collabs!!!
Outside beer garden with Lawson Kelly and Tropic Mayhem and then Reid Williams and The Grinning Barretts in the lounge at 6pm to late!