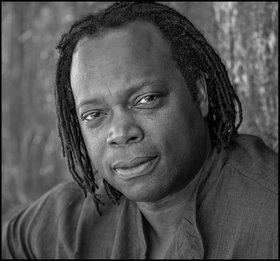 Sam Cooke will live again as Soul King returns to the Cowichan Valley on Sept. 29th for a one-time only matinee performance.

Michael Clarke wrote, directed and stars in the musical journey into the life of the man who was called the King of Soul for his 30 Top 40 string of hits from 1957-64. When he first mounted the Soul King concert at the Osborne Bay Hotel in Crofton earlier this year, packed houses at all eight performances were enraptured by the heart-felt tuneful show.

“That’s why we decided to bring it to a much larger venue like the Cowichan Performing Arts Centre,” said Clarke. “The bigger stage and better acoustics of the theatre will really allow the music to shine.”

And it’s the music – from gospel to pop to soul – that’s at the heart of Soul King. Clarke fully inhabits Sam Cooke with his silky-smooth crooning an eloquent reminder of the man who had hits such as You Send Me, A Change Is Gonna Come, Wonderful World and Twistin' the Night Away.

Clarke plays guitar and sax in the show and is backed by a tight and sterling band that does double duty as integral cast members. Also featured is Glaucia Desrochers, the young singer who recently dazzled Cowichan audiences as Billie Holiday in Lady Day at Emerson’s Bar and Grill.

“This isn’t your ordinary ‘tribute’ show,” Clarke said. “It’s really a biographic concert. We want the audience to become immersed in the social and political backdrop from the time. It was a time when popular music moved beyond mushy ballads and began to be a powerful agent for social and political change. Through Sam Cooke, music also discovered its soul.”

Clarke has become quite a figure in the Cowichan scene recently. The singer and actor arrived from Toronto to perform in Rock Legends and Kim's Convenience at the Chemainus Theatre Festival and decided to stay put on Vancouver Island.

Soul King will be performed at 2 p.m. on Sept. 29th at the Cowichan Performance Arts Centre in Duncan. Tickets are available from Cowichan ticket centre: 250-748-7529 or online at http://www.cowichanpac.ca 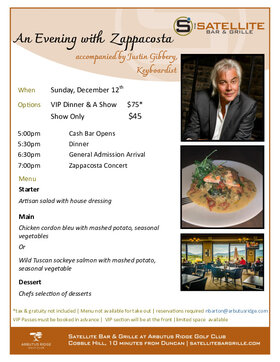