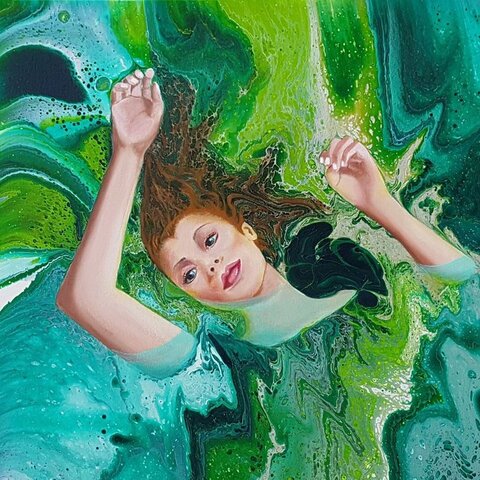 A Canadian, West Coast artist, Norma is an award winning, active member of the Federation of Canadian Artists. Her works have been exhibited at Federation Gallery in Grandville Island, Vancouver, at Vancouver Island University Gallery, Napa Valley, California, many Vancouver Island galleries and exhibits in many juried shows as well as her own studio gallery. She is an "Artist in Residence" in The Loft Gallery, Mill Bay. Norma is a known commissioned artist and specializes in portraits and developmental projects. Her works sell internationally. She is also a popular workshop instructor and is willing to travel to any location.


Over the past 25 years, her creativity has spanned everything from professional marionette theatre and therapeutic arts, drama and puppetry to fine art. She works in acrylics, watercolour, mixed-media and sculpture. Her passion is the human condition, whether it is to portray strength or frailty or to imbue and excite the viewer. Some say it is in the eyes that Norma brings her portraiture to life. Others feel they are drawn into the depth and shadows of her West Coast images and new signature "Emerge Art" pieces that combine sculpture with painting.


Norma had the honour of presenting “Sol”, an Emerge Art piece to Jason Nett, the Composer in Residence for the Vancouver Symphony Orchestra. She worked with over 40 teens when contracted to develop and implement a Vancouver Foundation sponsored youth suicide intervention program using art, puppetry and drama, which was later defined by Health Canada Officials as one of the “best practices” in North America. Over the years, Norma has appeared several times on BCTV, has appeared nationally on Canadian Broadcasting Corporation television’s program “On the Road Again”, and has been interviewed by CBC’s Sheryl MacKay on North by Northwest. Norma was featured as Master Puppeteer in the March 2009 issue of Senior Living Magazine, was the “Feature Artist” in the 2009 Summer Issue of Island Arts Magazine, in 2011 was the “Feature Artist” in Alternative Trends Magazine in Edmonton, Alberta and her piece, “Golden Trumpets” was shown in the Federation of Canadian Artists Art Avenue Magazine 2011.