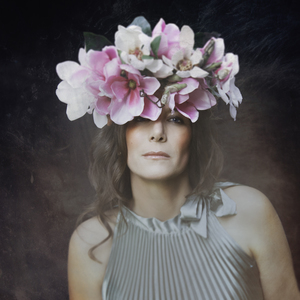 Cari Burdett lives through music. She mixes dashing personal energy, passion for community, and love of collaboration into her diverse musical outpourings as a vocalist, producer, teacher and collaborator.

Cari has a significant background in operatic and vocal training. She graduated from McGill University and earned her Master’s of Music Performance from the Royal Academy of Music in London, England where she studied a varied repertoire with a focus on new music. Through her studies, she has earned numerous awards including the Canadian Centennial Scholarship Fund, the Sir Richard Stapley Trust Award, the Adah Rogalsky Scholarship, the Anglo American Families Award, the major Van Someran-Godfrey Prize for English song, and the Blythe-Buesst Opera Prize. With a strong performance presence, Cari’s passion for contemporary music and opera have also garnered her star reviews for the role of Baba the Turk in Stravinsky’s “The Rake’s Progress,” performed in London, England. Equally, at home she has been praised for her early music operatic roles of Monteverdi and Handel. As well as singing with national and international orchestras, conductors, and organizations, Cari has enjoyed Vancouver Island performances with Norman Nelson, Sooke Philarmonic, Wade Noble, Vancouver Island Symphony orchestra, Duncan Frater, Cowichan Consort, and Salt Spring Island’s ‘Bach on the Rocks.’

Over her 20 years of experience, including having lived in Jarna, Sweden, Sardinia, Italy, London, England, and Montreal, Canada, she has had opportunities to perform in a multitude of styles in countless different presentations. With a full orchestra on the opera stage, at public vigils and rallies, in intimate venues often including live improvisation, and in so many genres from jazz, classical, new music, cabaret, and folk. She has also had the fortune of having many compositions created especially for her. These kinds of unique artistic relationships with composers are an intrinsic part of her work as an artist and she highly values the importance of fostering new music.

Most recently, Cari has completed her Debut album, “Magnolia” which will be released March 13, 2015. The genre of “Dramatic Gypsy Cabaret” is at the root of her expression as it encompasses so many facets of herself and her experience. Through this album Cari is able to draw from her family’s gypsy roots, her extensive operatic and vocal training, her love for languages, her immersion in vocal improvisation, her passion for new music, and her dramatic presence and flair on stage. Canadian composers Anne Schaefer, Anna Hostman, and Timothy Francis all wrote songs with Cari’s rich alto voice in mind. Cari was then able to expand these unique compositions in the recording studio, which then lead to the reimagining of all 10 tracks on the album including new music and classics from around the world. Recorded and produced in studio with celebrated Juno Award winning producer, Joby Baker and paired with outstanding Canadian talent; Richard Moody, Adrian Dolan, Quinn Bachand and Miles Black, this album is a true gem of Canadian music. Find more information at www.CariBurdett.com

Cari lives with her 3 children in the Cowichan Valley and remains the director of Lila Music Centre.  www.joythroughmusic.com.